“Wake up, wake up, it’s the Oscars” #MondayMorningWakeUpCall

A day when imagination and make-believe is celebrated. When awards are given to those who best blur the lines between fantasy and reality. Let’s celebrate it… after all, movies have been one of my greatest sources of learnings about life, love and laughter, if one chooses to learn from it.

It’s also a day when many memorable movies get lost into oblivion simply because they couldn’t make it to the guest list, let alone get an opportunity to prepare a forgettable speech (well how many dad/moms/dogs who were thanked can we remember).

But we can’t really blame Mr. Oscar for not inviting the many more debatably deserving ones. He does have a limited seating arrangement. And he is known to be snooty. You may not agree with his guest list, but then, it is his party.

So, thought I’d put out an extended list for an extended party. Inviting those who have been snubbed by Mr. Oscar (no Oscar nominations) but they have either entertained me, inspired me or made me humanely richer, if not all three.

Here’s my extended list of the 20 movies that I think deserve a party as much as any of the nominees along with a tweet description of the imprint it left with me.

Warning: The following are the arty kind that I thought wasn’t farty but still might not be everybody’s bowl of breakfast. Recommended for the eclectic movie buffs.

And a special shout out to 2 of my favourites from the year (and possibly this decade so far)… Mad Max: Fury Road and Star Wars: The Force Awakens.

Which ones were your favourites that got snubbed by Mr. Oscar?

If only everyone shared Edison’s sentiments then there would be no dearth of ‘light bulb’ moments and our lives would be brighter. But alas, fun not only seems to be missing at workplaces, it’ll also probably start being recognized by Oxford dictionary as an acceptable antonym for work.

Making work fun should not be the responsibility of only HR professionals but should cut across all functions and all persons responsible for a team.

Recognizing that “Traditional incentive structures to motivate customers and employees often fall short. The carrot and the stick don’t cut it anymore; and money, status, and the threat of punishment only work up to a point. In a world of near-infinite choices, the old techniques are rapidly becoming less effective” authors Kevin Werbach and Dan Hunter believe gamification is the solution to ensure that employees are not “disengaged, demotivated, disempowered and disconnected.”

In their book ‘For The Win: How Game Thinking Can Revolutionize Your Business’ they attempt to provide you with a sophisticated understanding of the concepts around gamification along with providing frameworks and step-by-step instructions to implement your ideas along with examples of how organizations of all types are putting gamification into practice.

Here’s answers to 7 questions that might be slowly poisoning you if you want to know how gamification rhymes with motivation.

Gamification is the use of game elements and game-design techniques in non-game contexts.

Example: Consumer electronics giant Samsung has gamified its website with a program called Samsung Nation. Players can earn badges and level up by reviewing products, watching videos, and providing responses for product Q&As. Samsung built a point system that assigns values to all these actions. Sharing an action on Twitter is worth 100 points, while registering a Samsung product you just bought is worth 500. The 5-to-1 ratio is arbitrary, but it represents a rough estimate of the relative benefits to the network of the two activities.

There are three particularly compelling reasons why every business should at least consider gamification:

To figure out where gamification might fit your needs, consider the following four core questions:

Self-Determination Theory (SDT) suggests that human beings are inherently proactive, with a strong internal desire for growth, but that the external environment must support this; otherwise, these internal motivators will be thwarted.

There are 3 rules of motivation:

Furthermore, there are three categories of game elements that are relevant to gamification that may be of help to understand and apply:

5. Don’t forget the fun! – Ask yourself the following question: Would players participate in your system voluntarily? If there weren’t any extrinsic rewards offered, would they still be likely to play? If the answer is no, then you should think about what might make your system more fun. Nicole Lazzaro, a game designer and consultant who is an expert on the emotional aspects of games, found four distinct kinds of fun in studying a group of game players.

“There are two ways to be happy: improve your reality or lower your expectations” – Jodi Picoult #MondayMorningWakeUpCall

Better still, do both! 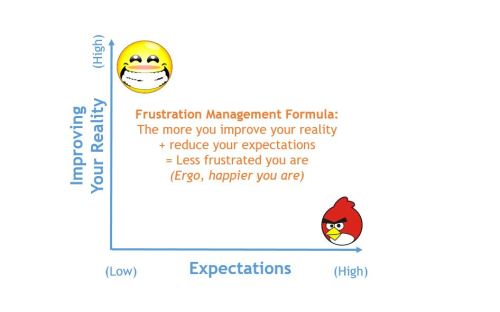 Sharing 3 parables that have given me some insight into how to navigate world of agitations caused by great expectations which might give you some direction to reduce the frustration from these misguided imaginations.

After a bit of struggle Socrates let him resurface and once again asked him what he wanted. The confused young disciple, thinking it was some test, once again responded “wisdom”.

Socrates pushed his head down a third time, holding it even longer till the disciple had to wrestle for his fledgling life and was gasping for breath on resurfacing. This time when Socrates asked him what he wanted he just about managed to whisper “air”.

Socrates smiled and responded “when you want wisdom as much as you want to breathe the air, you shall get it and you won’t even need me”

My take away: Don’t just wish for something. If you really want something then take action.

A Zen student asks her Master: “If I work very hard and diligently, how long will it take for me to find Zen?”

The student asks, if I work twice as hard and diligently then how long will it take?”

The confused student asks, if I work thrice as hard and diligently then how long will it take?”

My take away: Work towards your goal but don’t crave for it. The Universe then just loves teasing you. The more you crave for it the more the Universe makes it a point to pull it just a wee bit out of your reach.

Two monks have been meditating in a forest for an equal number of years. Monk #1 has been extremely dedicated and diligent about his meditations and Monk #2 has been a bit naughty, occasionally letting his mind wander, peeping and even whistling at pretty passer’s by.

The fable goes that Buddha was passing by the forest. He crossed Monk #1 and blessed him. Buddha told him that he had been very sincere in his practice and he would get enlightened in 14 years if he kept up his practice with all honesty. Monk #1 was absolutely dejected on hearing that he would have to ‘crap’ in the forest for another 14 years.

Buddha then passed by Monk #2. To him Buddha said that he had been an ill-disciplined monk and it would take him another 14 lifetimes to get enlightened. On hearing this Monk #2 was ecstatic to the point that he started doing cart-wheels. Buddha asked him why was he so happy to which Monk #2 responded by saying how could he not be jubilant when he was definitely going to get enlightened.

Guess who got enlightened 1st?

My take away: Like Bill Waterson says “I find my life is a lot easier (and happier) the lower I keep my expectations”

Each of these 3 parables in isolation could end up being misinterpreted. But when woven together (like Pulp Fiction) has worked as my google map when it comes to the navigating the vicissitudes of great expectations.

Yup, easier said than done. But what’s the alternative?

In the spirit of tradition (my attempt at making it one which I started last year), I’m sharing some of the music albums from outside the Grammy list (that haven’t been nominated for any category), that have had a delirious impact on me.

So what else got missed. Share some artists/albums that rocked you last year and you feel they deserve to get noticed. 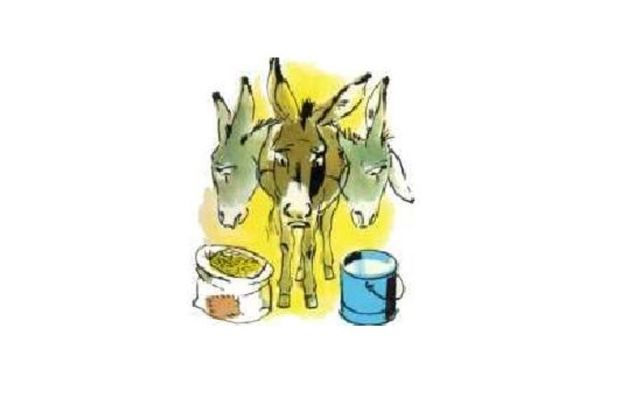 Don’t be an ass

The story goes that Buridon’s ass is halfway between a pile of hay and a pail of water. He is extremely hungry and equally thirsty. He keeps looking left and right, trying to decide whether to satiate his hunger or quench his thirst first. Unable to decide, eventually he collapses and dies of hunger and thirst.

This paradox in philosophy, named after French philosopher Jean Buridan, quite nicely metaphorically portrays the decision paralysis that plagues many.

The plague exists for a variety of reasons. 4 reasons that come to mind are:

Hint: The 1st step is to be aware of the cause of indecisiveness. Awareness is a great antidote to irrational fears.

So, do you want to be a badass, smartass, greatass… or Buridon’s ass?

So wake up your sleeping heart #MondayMorningWakeUpCall 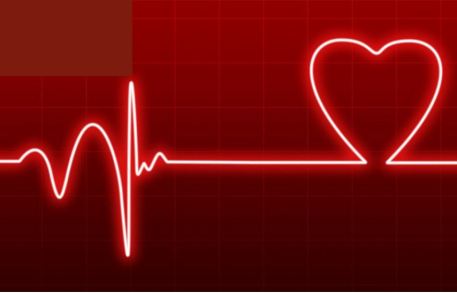 After all, it is Valentine’s Day in less than a week. So what better way to wake up than with a ‘wake up’ song. 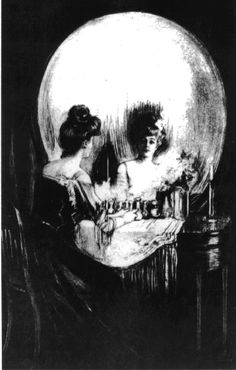 Look closer, the mirror does lie

For new and effective ideas sometimes more time is required

Building and creating often takes longer than you want it to. Especially if you want to make something great.

#Fact – Elon Musk started SpaceX in 2002 and Tesla in 2003 and in six years had lost all of his $180 million from Paypal in these ventures. He was in debt borrowing money to pay rent. Cut to now and he’s worth $13 billion and well on the way to creating a better world.

#Fact – In 1994, director James Cameron wrote an 80-page treatment for Avatar. In August 1996, Cameron announced that after completing Titanic he would film Avatar, which would make use of synthetic, or computer-generated actors. The project, was supposed to begin production in mid-1997 for a 1999 release. However, Cameron felt that the technology had not caught up with the story and vision that he intended to tell. He decided to concentrate on making documentaries and refining the technology for the next few years. In 2006 Cameron installed a traffic light with the amber signal lit outside of co-producer Jon Landau’s office to represent the film’s uncertain future. Cut to 2009 and it became the 1st film to gross over $2 billion.

#Fact – The Great Wall of China, the section which was built during the Ming dynasty and is in evidence today, took over a period of 200 years to build.

#Fact (My favourite) – Creativity is not inspired by the pressure of time but by the freedom, the playfulness and the fun. Watch the video below for evidence.

Unfortunately this philosophy can be horribly misused and is very often abused (Case to point: Our very own BMC, and they are not even building anything great)

Added to which most of us are not self-motivated and disciplined enough to set timelines for ourselves and work towards them. Hence in this world of destined deaths and laborious lines, deadlines set by perceived enemies have become a necessary evil.

In the examples of Musk and Cameron (and the many many more that we don’t know of) they continued to receive support for their endeavours because of undeniable dedication to their cause coupled with perceptible progress.

Check/share progress, preferably in small increments, and if there is honest, tangible advancement (honest being key out here) then don’t commit homicide or hara-kiri even if the end is a moon shot away.