Questions about “Who am I’, ‘What is my purpose’, ‘Where or what is God’, ‘Why are bad things happening to me’ have been asked ever since man tasted apple (the fruit, not the company). 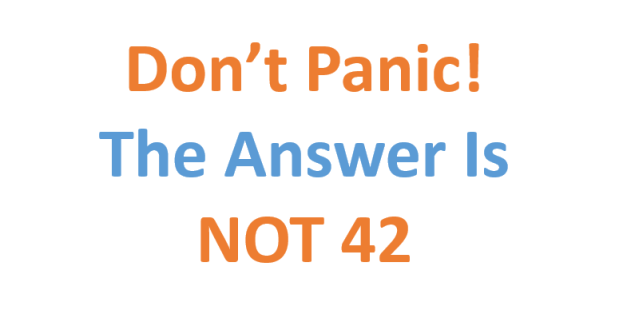 Wonder why we don’t question the awesome moments, relationships and things, however few, that have come our way though #FoodForThought

The Indian rishis and sages however questioned and thought about all this. And they were probably the first to find the answers to these existential questions which they generously recorded in the Vedas and Upanishad for future lost souls to learn from. Alas, if only Deep Thought had access to these philo-scientific gems, then mankind wouldn’t be as lost as the mice.

Mystery of Death by Swami Abhedananda (a first disciple of Sri Ramakrishna) is a collection of lectures delivered to American students  on the central thoughts and philosophy of the Katha Upanishad which distils the essence of the Divine Truth or rather ‘the meaning of life’. Sharing my key take-aways for the curious and crazy.

What are the Upanishads?

Upanishad means “a collection of wisdoms and truths which are eternal, uncontradicted and permanent”

How does this collection of wisdoms and truths help you?

What is the essence of the philosophy?

It teaches that truth is one but is manifested in manifold ways.

What is this “Universal Truth” (The ‘One Truth That Rules All Truths’)?

Elaborating this “Universal Truth” a bit…

The universe you live in is a projection of cosmic energy that emanates from the Creator. This cosmic energy forms the body of Creator and through the process of evolution manufactures various objects of nature, including humans, in accordance with the laws of ‘karma’ of previous cycles.

This philosophy on ‘oneness’ is further validated by other self-realized souls like Buddha when he said “He who experiences the unity in life sees his own Self in all beings and all beings in his own Self” and by Swami Vivekananda when he said, “Whoever sees in every being the same Atman (soul), and whoever sees everything in that Atman (soul), he never goes far from that Atman (soul). When all life and the whole universe are seen in this Atman (soul), then alone man has attained the secret. There is no more delusion for him. Where is any more misery for him who sees this Oneness in the universe” just to quote a from a couple of them.

Hence a life without putting in efforts to realize your own divinity, your immortal nature, your true self, is definitely a life missed meeting your maker and might be a life wasted.

How can you realize your true self and become a self-realized soul?

In addition, a right Guru can act as a catalyst (some philosophies say a Guru is an essential catalyst).

You will have to go through different grades of evolution. That evolution will come by itself, if we are animated by spiritual longing, strong desires and determination. They are necessary accompaniments of spiritual and mental evolutions, and those qualities will change your whole nature, transforming you into a quite different being.

There are some temperaments which will find it almost impossible to take up this path to the Truth. The suggestion for such souls is to deliberately spend time with inspired works of art (music, dance, poems which are inspirational rather than violent), lose yourself in Mother Nature’s beauty and serenity and embrace silence. As Paul Brunton (a first disciple of Ramana Maharshi) says, “There is spiritual power in these moments which we remember long after they are gone. Rightly used they can become as Jacob’s ladders leading from earth to heaven.”

Why is self-realization so difficult to achieve?

Your true Self, Atman (soul), is very subtle. It is subtler than the subtlest thing you can imagine. You cannot touch, taste, see, smell or hear it. Since it is beyond the realm of your senses, it is difficult to even grasp or understand let alone pursue.

To make matters worse, the Creator has pierced the opening of the senses and has made them go outward, not inward. Hence, whenever you see any fascinating thing, your ego is attracted by it and you become attached to it. Ego is nothing but the name given to your soul when it is on the earthly plane, attached to worldly desires (and has forgotten its true nature).

So long as you are following the power of your senses and sensations, you forget what is within you and you forget your true self and become fascinated, charmed and attached by the external objects of the world (which is why the universal advice from self-realized souls is “know thyself, look inward”)

Why these limitations have been made by the Creator I do not know (if someone does then feel free to enlighten me and the world).

There isn’t any reason to despair though. In his book, Swami Abhedananda assures us that “The soul will not be contented until it has realized its infinite nature, and that is the goal towards which we are running consciously or unconsciously”

And hence you will keep returning to this earth to fulfil your desires and purify your character and soul through karmic lessons till this goal is attained.

Deliberately practicing one or all of the 4 techniques can however help in your cause of getting the Creator to notice your efforts and maybe give you a helping hand to expedite your cosmic union cos apparently he is biased in helping those who help themselves.

Why should you believe this ‘Universal Truth’ on ‘Oneness’?

You shouldn’t believe it blindly. In fact, doubt everything unless you can prove it by yourself.

There are 2 steps involved in proving a postulate to yourself.

Thought evolution of the seers –

Why can’t science prove the connection between True-Self and Cosmic Energy or the Creator?

“The soul will not be contented until it has realized its infinite nature, and that is the goal towards which we are running consciously or unconsciously.” – Swami Abhedananda

So why not run consciously?

And btw, if you haven’t guessed, the answer to life’s existential questions is not 42 but ONE! 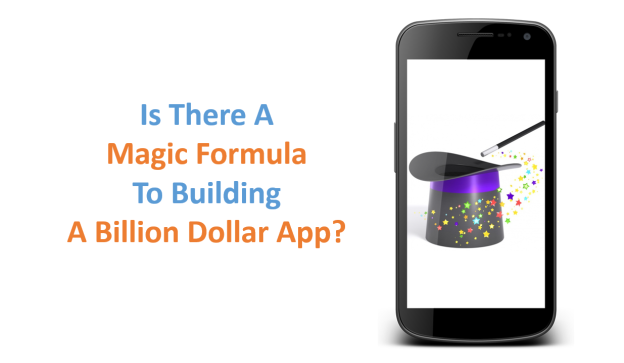 aabracadabra make me a zebra

“The formula is not magic, it is simple, and it’s about how religiously you adhere to the tactics and the calibre of people you attract to join you on the journey.” – George Berkowski

But why should you believe “Georgie Porgie who kissed the girls and made them cry”?

For one, he is one of the minds behind the internationally successful taxi hailing app Hailo where he led the product team and launched the app in 13 cities and helped drive the first $150 million in revenue. Hailo was acquired by Daimler in mid 2016.

But a more relevant reason may be because he has put in the effort to research common threads and practices, tying them through his experience and stories of some of the billion dollar club members – wassapp, Instagram, Snapchat, Square, Flipboard, and a few more, to publish “How To Build A Billion Dollar App: Discover The Secrets Of The Most Successful Entrepreneurs Of Our Time”

Sharing extracts from the book of my key take-aways, for those aspiring to build (or are part of building) a billion (or even million) dollar app.

Bonus tip (from moi) – Focus on building an amazing product that people can’t live without, not chasing the billion dollar dream. After all, that’s also what’s common between Mark Zuckerberg, Sergei Brin, Larry Page, Evan Spiegel, Brian Acton, Jan Koum, Brian Chesky and all other 37 founders in the Billion Dollar club when they first started out.

The 7 Step Journey (till Stage 2: Ten Million Dollar App…Series A)

Step 1: Figure out what you want to build 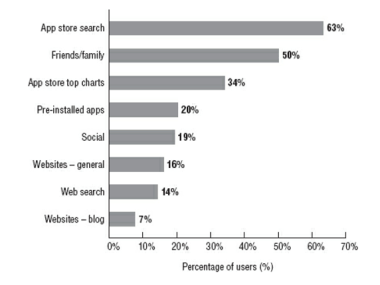 Step 6: Get your growth engine on (Acquiring users)

George Berkowski loosely breaks up the funding/investment and valuation in 5 lifecycle stages.

Here’s a comparison summary for the 1st 2 stages –

Coming Soon (post Series A) – Part Deux: Summary of stages 3 to 5. In case you want to know more sooner then here’s – “How To Build A Billion Dollar App: Discover The Secrets Of The Most Successful Entrepreneurs Of Our Time” 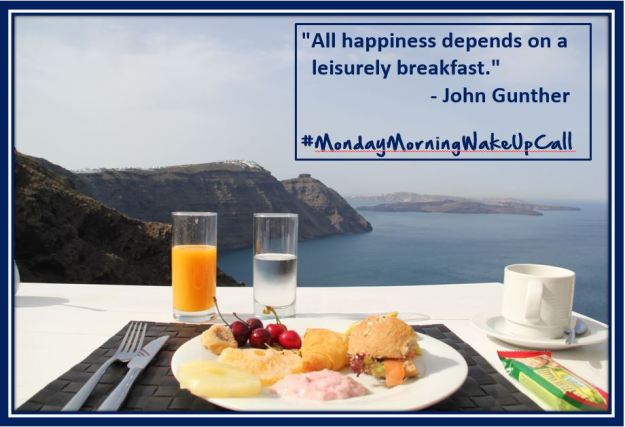 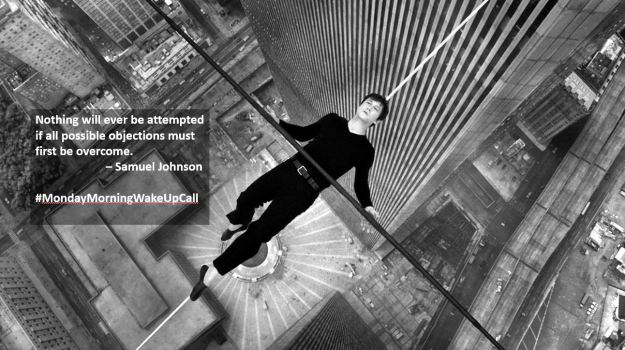 “Looking for an original idea? That can’t be too hard. The library must be full of them.”
― Stephen Fry #MondayMorningWakeUpCall

3 points that I really liked –

Sometimes a picture is worth a 1000 words 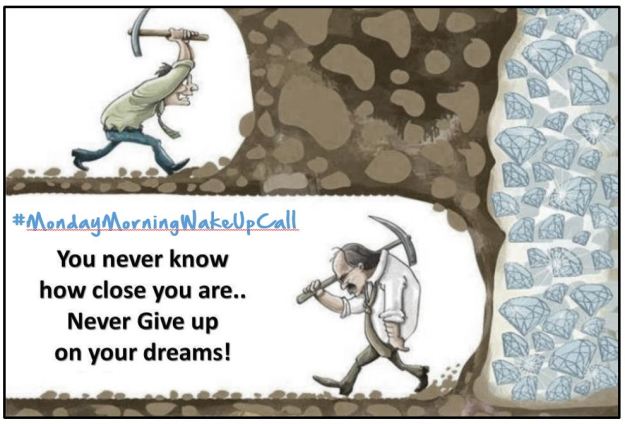 But still worth repeat listening and dare I say, even buying the albums.

Here are albums that I was happy to spend money on from the few that I sampled last year with a pick of my favorite song from the album.

So what else got missed. Share some artists/albums that rocked you last year and you feel they deserve to get noticed. 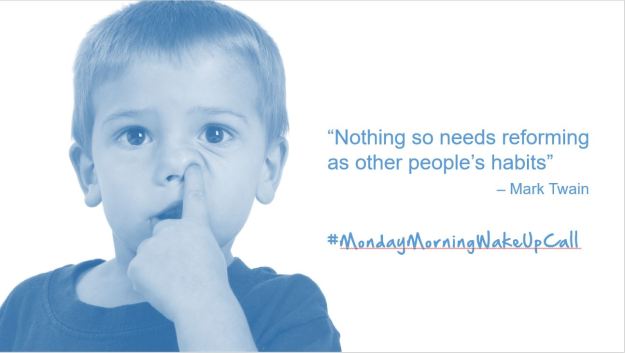 Businesses that create customer habits gain a significant competitive advantage. Habit-forming products change user behavior and create unprompted user engagement. The aim is to influence customers to use your product on their own, again and again, without relying on overt call to action such as ads or promotions. Case to point – Facebook, Instagram, Slack, Google, Amazon and a whole slew of new and emerging high tech companies

Habits keep users loyal. Gourville writes that products that require a high degree of behavior change are doomed to fail even if the benefits of using the new products are clear and substantial.

But all hope is not lost for entrepreneurs building products that have direct or dotted line relationships with habits!

The Hook Model created by Nir Eyal describes an experience designed to connect to the user’s problem to a solution frequently enough to form a habit. A summary on the model coming soon.